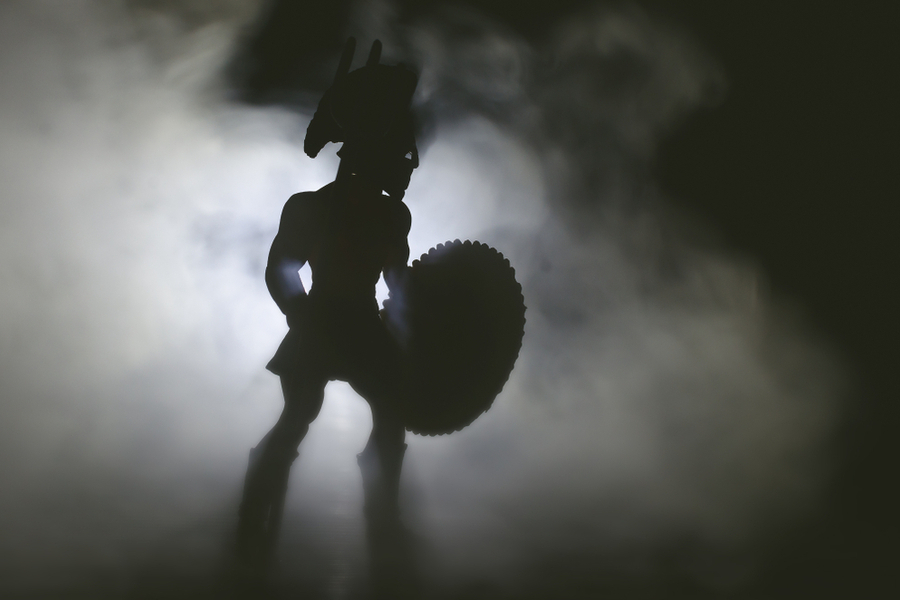 Mighty Men of Valor was the topic of a recent church Bible class that impacted me greatly. The teacher’s passion for God’s Word and its examples of faithful men was contagious. His personal desire burned powerfully that his own two sons might emulate such “mighty men,” growing in the kind of bravery and strength necessary to be leaders who follow God in this world.

A closer look at the word “valor” is instructive. Webster’s Dictionary defines “valor” as “strength of mind or spirit that enables a person to encounter danger with firmness; personal bravery.” As I consider raising sons and grandsons, I find the chronicle of the many valorous men of 1 Chronicles 7 incredibly inspiring. The book of 1 Chronicles begins with extensive genealogies from the time of Adam to the period of the Jewish nation’s return from exile.  In chapter 7 we are introduced to “the sons of Issachar: Tola, Puah, Jashub, and Shimron— four in all.” Then “the sons of Tola: Uzzi, Rephaiah, Jeriel, Jahmai, Ibsam, and Shemuel, the heads of their families.”  The author records that “in the days of David, 22,600 descendants of Tola were numbered in their genealogies as mighty men of valor.… in their generations” (BSB), and many other examples follow, as noted below.

Now their brethren among all the families of Issachar were mighty men of valor, listed by their genealogies, eighty-seven thousand in all.

The sons of Bela were Ezbon, Uzzi, Uzziel, Jerimoth, and Iri—five in all. They were heads of their fathers’ houses, and they were listed by their genealogies, twenty-two thousand and thirty-four mighty men of valor.

All these were the children of Asher, heads of their fathers’ houses, choice men, mighty men of valor, chief leaders. And they were recorded by genealogies among the army fit for battle; their number was twenty-six thousand.” (All citations from I Chronicles 7:2, 5, 7, 8-10, 11, 40 NKJV)

As we look at these men, we can readily identify the qualities that describe them and thus discern the Bible’s perspective on “mighty men of valor.”  All the men noted shared these characteristics:

But Numbers is only one of many books examining men of valor.  Let’s look at an example of a mighty man of valor given in Judges 6. In the tumultuous days of the judges, Gideon is highlighted as a mighty man of valor, the hero of an intriguing story revealing the one crucial element common to all such men. When asked to go up against the (dreaded) Midianites to defend his countrymen, note his response.

“Pardon me, my lord,” Gideon replied, “but how can I save Israel? My clan is the weakest in Manasseh, and I am the least in my family.” The Lord answered, “I will be with you, and you will strike down all the Midianites, leaving none alive. (Judges 6:5-16).

Reading the entire story in chapters 6-7 reveals that God was with Gideon; Gideon followed God’s lead and stood strong even against his own people who did not worship the Lord. Thus he earns mention in Hebrews 11 along with a host of other men and women commended for their faith. Out of weakness these men and women were made strong.

Now faith is confidence in what we hope for and assurance about what we do not see. This is what the ancients were commended for. …And what more shall I say? I do not have time to tell about Gideon, Barak, Samson and Jephthah, about David and Samuel and the prophets, who through faith conquered kingdoms, administered justice, and gained what was promised; who shut the mouths of lions, quenched the fury of the flames, and escaped the edge of the sword; whose weakness was turned to strength; and who became powerful in battle and routed foreign armies. (Hebrews 11:1,32-34)

Men need the strength that comes from God alone, the exact kind of strength He gave men like Gideon (who lived at a time when everyone did what was right in their own eyes), David with his band of mighty men, and Jesus’ early church followers. The world, the flesh, and the devil wage a constant battle against us and seek to usurp God’s rule over His creation. To fight these enemies, God calls and empowers men to be mighty men of valor, men who see their own weakness, yet recognize and depend on God’s strength. “The Lord is with you, you mighty man of valor,” the angel of the Lord says in greeting Gideon (Judges 6:12, NKJV). And with this same greeting, as in Old Testament times, God would also invite you to become one of God’s choice warriors, remembering always that “out of weakness they were made strong.” None of these are men of valor in their own flesh–only those to whom it was said “the Lord is with you.” God is our only true source of strength in the world. Paul underscores it in his letter to the Romans: no matter what we face, “we are more than conquerors through Christ” (8:37).

Christianity.com encourages us with the following words and Scripture quotes.

We must remember we are made in the image of God and were given “a spirit not of fear but of power and love and self-control.” We all face times of uncertainty and fear, but God has called us to rise above the hardship and find hope in Him. You were made to be courageous! Read over these Scripture quotes and be reminded of who you are in Christ and the eternal security that you have as a child of God!

Surely God is my salvation; I will trust and not be afraid. The Lord, the Lord himself, is my strength and my defense; he has become my salvation.”

Have I not commanded you? Be strong and courageous. Do not be afraid; do not be discouraged, for the Lord your God will be with you wherever you go.”

When I am afraid, I put my trust in you.  In God, whose word I praise—in God I trust and am not afraid. What can mere mortals do to me?

Be strong and courageous. Do not be afraid or terrified because of them, for the Lord your God goes with you; he will never leave you nor forsake you.

For the Spirit God gave us does not make us timid, but gives us power, love and self-discipline.

Finally, be strong in the Lord and in his mighty power. Put on the full armor of God, so that you can take your stand against the devil’s schemes. For our struggle is not against flesh and blood, but against the rulers, against the authorities, against the powers of this dark world and against the spiritual forces of evil in the heavenly realms. Therefore, put on the full armor of God, so that when the day of evil comes, you may be able to stand your ground, and after you have done everything, to stand. Stand firm then, with the belt of truth buckled around your waist, with the breastplate of righteousness in place, and with your feet fitted with the readiness that comes from the gospel of peace. In addition to all this, take up the shield of faith, with which you can extinguish all the flaming arrows of the evil one. Take the helmet of salvation and the sword of the Spirit, which is the word of God. And pray in the Spirit on all occasions with all kinds of prayers and requests. With this in mind, be alert and always keep on praying for all the Lord’s people.

What, then, shall we say in response to these things? If God is for us, who can be against us? He who did not spare his own Son, but gave him up for us all-how will he not also, along with him, graciously give us all things? Who will bring any charge against those whom God has chosen? It is God who justifies. Who then is the one who condemns? No one. Christ Jesus who died-more than that, who was raised to life-is at the right hand of God and is also interceding for us. Who shall separate us from the love of Christ? Shall trouble or hardship or persecution or famine or nakedness or danger or sword? As it is written: “For your sake we face death all day long; we are considered as sheep to be slaughtered.” No, in all these things we are more than conquerors through him who loved us. For I am convinced that neither death nor life, neither angels nor demons, neither the present nor the future, nor any powers, neither height nor depth, nor anything else in all creation, will be able to separate us from the love of God that is in Christ Jesus our Lord.

Be on your guard; stand firm in the faith; be courageous; be strong.

The wicked flee though no one pursues, but the righteous are as bold as a lion.

Trust in the Lord with all your heart and lean not on your own understanding; in all your ways submit to him, and he will make your paths straight.

Finally, this is the promise I claim for all the men in our family: “Praise the LORD! Blessed is the man who fears the LORD, who delights greatly in His commandments. His descendants will be mighty on earth; The generation of the upright will be blessed” (Psalms 112:1-2 NKJV). Will you ask God to make this promise a reality in the lives of the men in your family, too?

Holy Father, we praise and thank You for all the times You have reminded us to be strong and courageous. For all the times You remind us that we will have trials and tribulations, but that You will be with us. Thank You for the godly men who are “men of valor” in our time.  Help us to remember that “the Lord himself goes before you and will be with you; he will never leave you nor forsake you. Do not be afraid; do not be discouraged” (Deuteronomy 31:8).

The Body of Christ
Joseph–Most Obedient Servant By Ken Jones