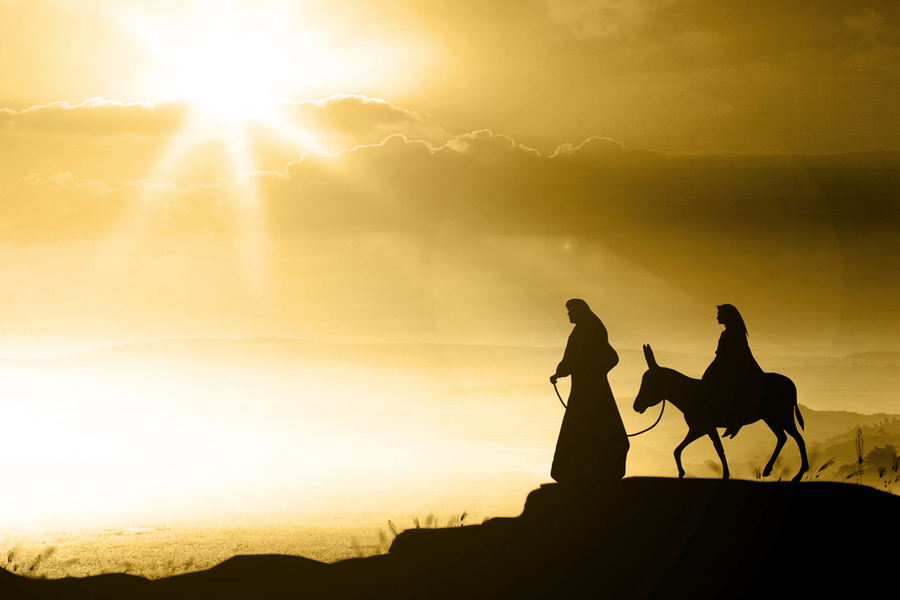 As Christmas approaches, I am reminded of what I believe to be the least discussed obedient servant in the New Testament, Joseph, the earthly father of Jesus.  Try and imagine what it meant to be chosen by God to protect and train his only begotten Son.  It is easy to understand the lack of acknowledgment Joseph receives due to the emphasis placed on the Christmas story of the birth of Christ; in addition, every time Joseph is discussed, either Mary or Jesus is in the spotlight.

In Matthew 1:18, we learn that Mary was pledged in marriage to Joseph.  However, before this takes place, Mary is with child through the Holy Spirit.  Mary approached Joseph and said four words every man hates to hear, “We need to talk.” It is my experience that when your spouse says, “We need to talk”, you are not going to have a good day!  Mary tells Joseph she is pregnant and the child is not his, that the Holy Spirit came upon her and now she is pregnant with the Messiah.   “Let me get this straight.  You are pregnant, it is not mine, and you are going to deliver the Messiah to the world; however, we can still get married but not know one another until the child is born.  You must think I came to town last night riding on top of a turnip truck and fell off,” is what I would have said.  Now we get our first glimpse of the character of Joseph.   Matthew 1:19 tells us he was a righteous man and unwilling to disgrace Mary publicly.  He makes the decision to divorce her quietly–remember this action is taking place prior to the angel of the Lord appearing to Joseph.  Joseph could have disgraced Mary publicly, which more than likely would have resulted in her death by stoning.   Knowing he did none of these things, Joseph obviously was a patient, kind, and considerate man, despite the ridicule and teasing he most likely would receive when his friends learned that Mary was pregnant.  In verse 20, it informs us that an angel of the Lord appeared to him and explained to Joseph not to be afraid to embrace Mary as his wife, that the one conceived in her is from the Holy Spirit.  The angel then gave further instructions, telling Joseph he was to name the child Jesus because he will save His people from their sins.  Continuing in Matthew 1:24, Joseph did what the angel of the Lord had commanded him, and he embraced Mary as his wife.   Joseph did not say, “Wait a minute, are you sure? That’s a far-fetched story if I ever heard one.” No, he simply said, “I’m cool with this, I will do as you have instructed.”

Now let’s move ahead to Bethlehem where Joseph and Mary traveled to be counted, as decreed by Caesar Augustus, for a census that was being taken for the whole empire.   Joseph must not have had a good cell signal, his trip advisor was not working, and he was obviously not a diamond member, because when he and Mary arrived in Bethlehem, they had no place to stay.  With the mass of people traveling to the required registration, lodging was on a first come, first serve basis.  As we know, Mary gave birth to her firstborn son, wrapped Him in swaddling clothes, and laid Him in a manger.   At this time, King Herod heard of a “King” born in Bethlehem and this news greatly disturbed him.  Knowing that the Magi were looking for Jesus, he calls the Magi secretly to inquire exactly where this “King” was residing.   The Magi then leave Herod, being led by the star, and travel to the house where Jesus was.  Now, as a side note, do not throw away your wise men from your nativity sets, but they were not present at the manger, and it is not clear how many wise men were present.  It is assumed there were three, due to the number of gifts presented, but there may have only been two or there could have been a hundred.

Continuing the account, Matthew 2:13 tells us an angel appears to Joseph and told him, “Get up, take the Child and His mother and flee to Egypt and stay there until I tell you because Herod wants to kill the Child.”  Joseph could have said, “Wait a minute, I just had all that lumber delivered and Mrs.  Goldblum is expecting me to start their new addition when I get back. Besides, I do not speak Egyptian. I did not bring any of my tools with me, how am I going to support my family?”  Joseph did not hesitate; he had full confidence God was directing his path and would provide the essentials needed.  He got up, saddled the donkey, putting Mary and Jesus on it, and left for Egypt.

In Matthew 2:20, we learn Herod has now died, and the angel of the Lord appears to Joseph in Egypt.   The angel instructs Joseph to “get up, take the Child and his mother and go to the land of Israel.”  Once again, Joseph could have said, “Here we go again. Just as I am getting established, you want me to pack up and relocate and start over.  What about the building projects I have going and the Egyptian classes I’m enrolled in? I will never be able to work in Egypt again if I leave.”  Instead, he got up, saddled his donkey, loaded Jesus and Mary up, and left for the land of Israel.  On his journey, Joseph was directed to go and live in the town of Nazareth. Matthew 2:23 explains that it had been prophesied in the Old Testament, “He will be called a Nazarene.”   I am impressed with the trust and faith Joseph continues to demonstrate as he fulfills his role as earthly father and guardian.

Later we see in Luke 2, that when Jesus was 12 years old, he traveled to Jerusalem for the Feast of the Passover with his parents.  As his parents traveled home with a large group of friends, Joseph learned Jesus was not with them.  Talk about mad. I’d be thinking, “When I find him, he is going to have some explaining to do; I’m going to light him up. The idea of putting his mother and me through this.”  Put yourself in this scenario–your child is lost for three days, no word, no one has seen him, you do not know where else to look and you are beginning to think the worst, someone has stolen him or even killed him.  Finally, they find him in the temple courts.  Joseph then asks him what he was thinking and Jesus answers in Luke 2:49, “Did you not know that I had to be in My Father’s house?”  All we can assume is that Joseph with that even temperament of his simply says, “Let’s go.” Matthew 2:51 states Jesus went with them and was obedient to them.  Wow, I would have had a “conniption” fit.

This episode when Jesus was 12 is the last we hear of Joseph. Perhaps he died shortly afterward.  In Matthew, the townspeople call Jesus “the carpenter’s son,” without naming his father.  In Matthew 13:53–55, the Bible describes Joseph as a righteous man because he responded to God in obedience and he practiced self-control, which makes him a great example of integrity and godly character for all of us.

Since Jesus began his ministry at the age of 30, I assume that up until then he made his living as a carpenter. He would have supported his mother, brothers, and sisters with the trade he learned from his earthly guardian Joseph.  Mary Fairchild states in Life Lessons: “God honored Joseph’s integrity by entrusting him with a great responsibility.  It is not easy to entrust your children to someone else.  Imagine God looking down to choose a man to raise his own Son?  Joseph had God’s trust.”

Joseph was used by God in a mighty way. Have you thought about how God is preparing you right now for an important role in your future, or how He might be helping you in the role you’ve already been given today? The qualities needed to be used by God are demonstrated in Joseph’s life. “He was a humble man who faithfully obeyed God, honored others, took responsibility, and worked hard to provide for his family. These are godly characteristics that we should seek to replicate” (gotquestions.org).

Joseph is a true example of a man who followed Proverbs 3:5-6. “Trust in the LORD with all your heart and lean not on your own understanding; in all your ways acknowledge Him, and He shall direct your paths.”