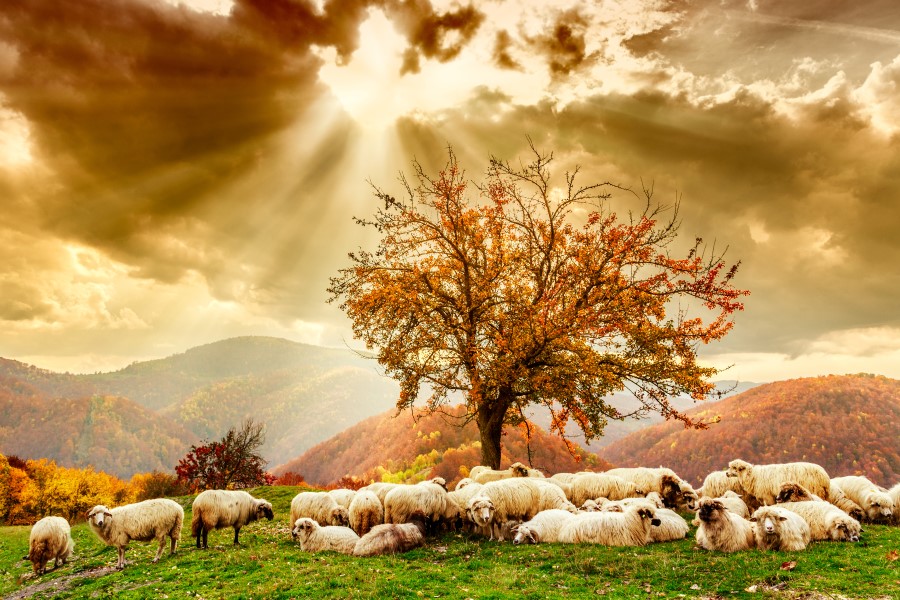 Can you remember the last time you lost something of value?  The frantic feeling and the urgency is overwhelming. Recently my husband and I were waiting at the airport to board our flight. While we waited, I looked around some of the shops but soon it was time to board. As we left the tarmac, I decided to look at my phone.  I searched everywhere and could not find it. I realized that it had probably fallen out of my purse at the airport. The entire time on our trip, I had that phone on my mind and prayed that I could find it on our return. In my frenzy, I remembered the “Find My Phone” application and attempted to use it for the first time. With the use of my husband’s phone, I logged in and observed that the phone was in Houston. As I focused in closer, I saw it was in the airport and then closer I could see it was in the location of our gate from which we boarded. On our return to the airport several days later, we arrived at the same gate area and began inquiring about the phone with the individuals who worked on that level. One kind woman took me around to others and assisted as we searched. I would show them on Ken’s phone that it looked like my phone was right there in that location. When I had almost given up someone said, “Have you looked on the floor below us? That is where the lost and found is.” I proceeded to the lost and found area. As I inquired about the phone, the attendant in charge of the lost and found said they never get phones back and did not remember seeing one but would check. She went out of sight into a storage area and I began to ping the phone. It is amazing with very little battery life you can do this. The woman emerged from the room with a phone in hand. She said, “It was dinging in there and I realized this must be yours because I see your pictures on it.” As you can imagine, I was beyond excited and thankful. What a miracle and an answer to prayer!

As I consider my elation and rejoicing over finding my phone, it reminds me of two stories Jesus told. They are the stories of the lost sheep and the lost coin. Both of these stories demonstrate the heart of the one who searches for something. Jesus was attempting to explain how God seeks out the lost sinner and rejoices when they are found. In Luke 15: 1-3 you see Jesus’ audience and the point of these stories.

Then all the tax collectors and the sinners drew near to Him to hear Him.  And the Pharisees and scribes complained, saying, “This Man receives sinners and eats with them.”  So He spoke this parable to them, saying: “The first story tells of a shepherd who has a hundred sheep but loses one.”

“What man of you, having a hundred sheep, if he loses one of them, does not leave the ninety-nine in the wilderness, and go after the one which is lost until he finds it? And when he has found it, he lays it on his shoulders, rejoicing.  And when he comes home, he calls together his friends and neighbors, saying to them, ‘Rejoice with me, for I have found my sheep which was lost!’  I say to you that likewise there will be more joy in heaven over one sinner who repents than over ninety-nine just persons who need no repentance” (Luke 15: 4-7 NKJV).

The second story of the lost coin tells of a poor woman who has lost her coin.

“Or what woman, having ten silver coins, if she loses one coin, does not light a lamp, sweep the house, and search carefully until she finds it?  And when she has found it, she calls her friends and neighbors together, saying, ‘Rejoice with me, for I have found the piece which I lost!’  Likewise, I say to you, there is joy in the presence of the angels of God over one sinner who repents” (Luke 15: 8-10 NKJV).

Both of these stories represent one sinner who repents; that is how valuable one person is to God. I am thankful that through the illustrations we see first how great God’s desire is to seek and to save every sinner, but secondly, the rejoicing that takes place in all of heaven when we repent. Jesus, the Good Shepherd, thought of men as wandering sheep. His heart is for us to be found, rescued, and renewed. Jesus said in Luke 19:10, “For the Son of Man has come to seek and to save that which was lost.”

Dear Holy Father, thank you for seeking me out and loving me enough to send your Son, Jesus Christ. Thank you for that day I recognized that I was a sinner and confessed my sins to you. You were faithful to forgive me of all my sins and to cleanse me from all unrighteousness. My life was changed forever. I am so thankful I did not have to earn my salvation because I could never be good enough. Praise you, Holy Father.

I pray all of this in Jesus’ Holy Name, Amen.

Apples of Gold Framed in Silver
What is on your hard drive?

4 thoughts on “Lost and Found”